Almost - But Not Quite 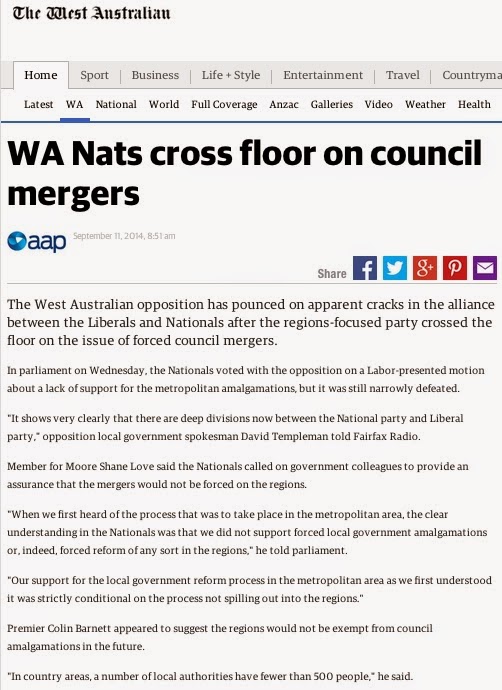 There was almost a boilover in the Legislative Assembly yesterday when the National Party MLAs, true to their State Conference resolution, voted against the Government - the Government's majority came down to just three - and if South Perth MLA, John McGrath, had lived up to some of the things he has said publicly about the local government so-called reform process it would have come down to just one - one more 'honourable' Liberal member and the Government would have suffered an embarrassing defeat. No doubt the party whips were out in force to make sure this didn't happen.

David Templeman, Opposition Spokesman on Local Government, moved a motion:
"That this house advise the Government that it does not support its forced council amalgamations process in the metropolitan area".

In a display of arrogance that would not have been allowed in local government (where standing orders prohibit an amendment that has the effect of producing the negative of the motion being debated), a Government amendment was introduced, debated and won by just three votes. 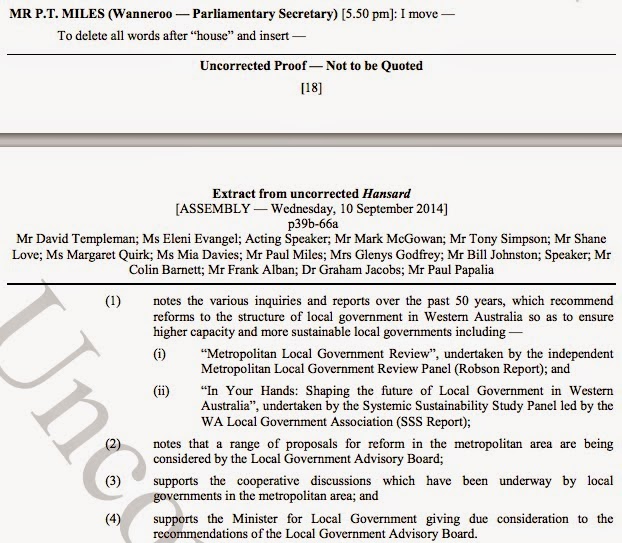 To see how your local MLA voted on this sycophantic amendment, have a look at the voting record below. 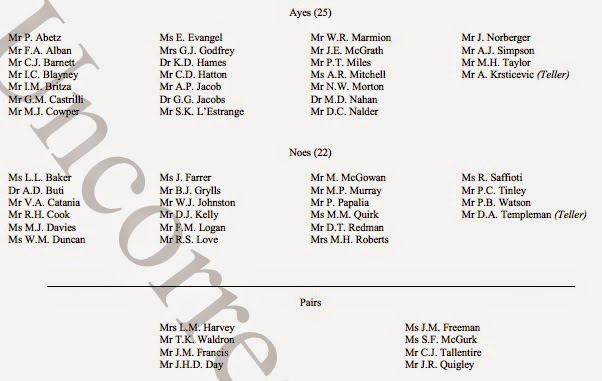