People DO Have The Power

People really do have the power when they organise.

The Muckaty people of the Northern Territory have won their 7-year fight against a radioactive waste dump being established on their land. 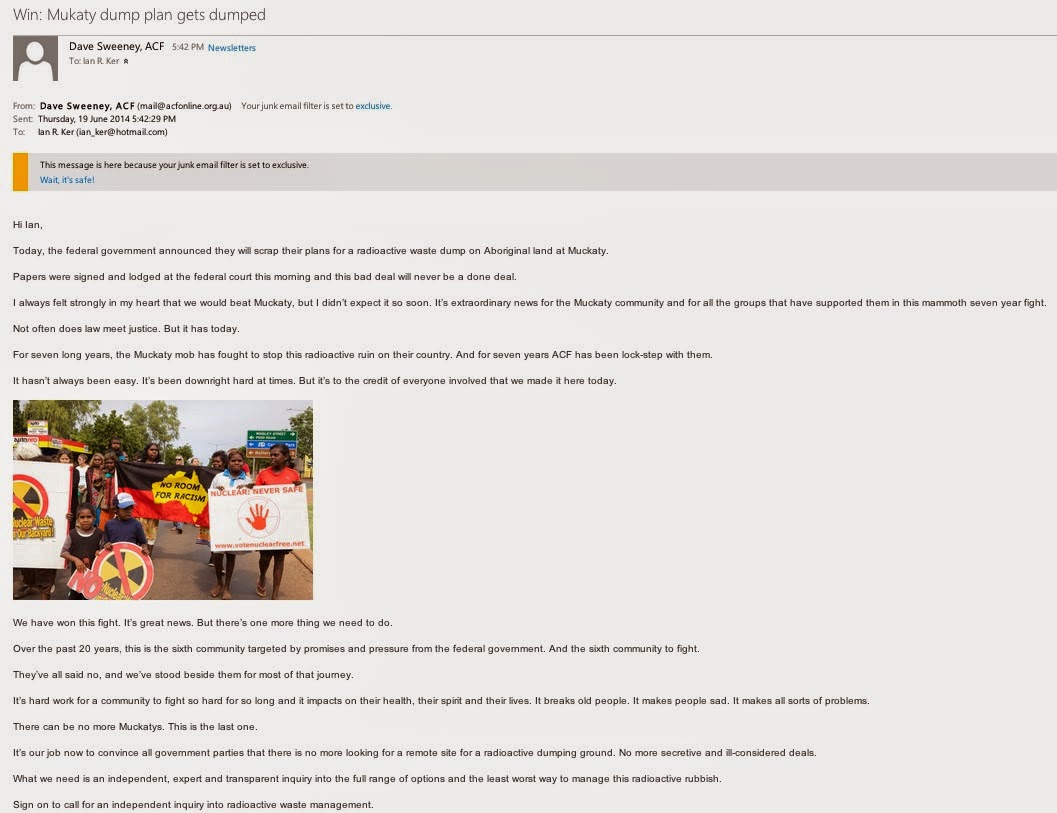 Just as with radioactive waste management, local government reform "needs an approach based on non-imposition, community consent and scientific and procedural rigour".

Barnett and Simpson have singularly failed, despite initial promises, in all of these areas. Let's hope it doesn't take 7 years for this fight to be won by the people!
Posted by Unknown at 6:44 PM