The Prize For Prescience

In the first post here on the local government so-called reform shenanigans, the graphic included a letter from Nick Boorman of Greenmount (right).

Yesterday we saw reports that South Perth Council has, indeed, voted for the name 'South Park' should the forced amalgamation with Victoria Park (excluding Burswood) eventuate.

Definitely better than the trite and uninspiring 'South Bank City' suggested by Victoria Park Council - which sounds like the proverbial horse designed by a committee.

Now we see that life truly imitates art. And the prize for Prescience goes to Nick Boorman. 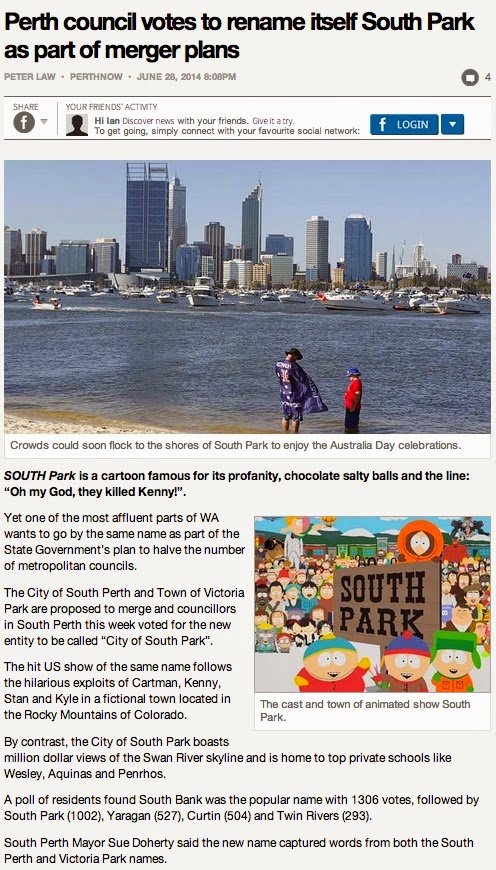